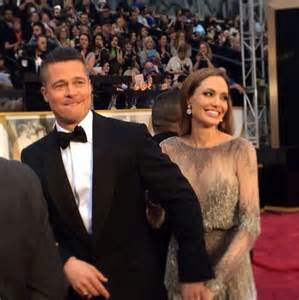 While I was watching the Academy Awards Sunday night I got to thinking about my own little snippets on the big screen. Yes I have had some bit parts in several movies but the one that stands out the most is my movie with Angelina Jolie. It immediately came to mind as I watched her and Brad Pitt front and center just about every time the camera was on. The movie was called “Life or something like it” In the film Angelina plays the part of an ambitious young reporter at a TV station in Seattle.

Here is how I ended up working with a Hollywood superstar. One day I got a call from our general manager to tell me about a movie that was going to be shot at the television station. Then he proceeds to tell me that they’re looking for someone to do a bit part as a weatherman in the movie. It turns out the producers saw me on the air one day and decided, okay, that’s our weather guy. Then came the kicker. I was told at the movie featured none other than Angelina Jolie. 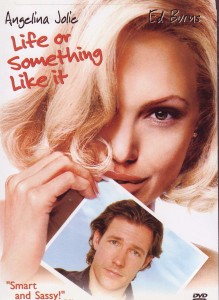 So in they come with all of the equipment, the cameras the lights the producers the gaffers, makeup artists… you name it.   At that time I was told that my name would be Sam Beaufort. Not sure where that came from but who was I to question. Fortunately I didn’t have to reach very deep for that particular role.  Let’s just say it wasn’t that difficult.

During the movie I can be seen several times doing the weather. Not to give it away but some of the things that I say in the forecast turn out to be very important for Angelina’s character. The most difficult part as far as I was concerned happens when she gets a dream job in New York and the newsroom is celebrating with champagne. Well, I am the one who has to open the champagne bottle. I don’t know if you’ve ever tried to open champagne on cue but it’s very difficult, especially when you have to do it seven times from all these different angles. Suffice to say I was scared out of my mind that the cork would come flying out at the wrong moment and hit her right between the eyes. Or worse yet, in her eye, and I would be known forever as the idiot in Seattle who ruined her career.

The movie is still available in DVD and I believe, on Netflix so you can see it for yourself, if 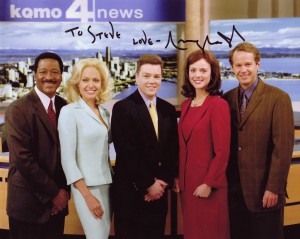 you are so inclined. By the way, I did have several chances to chat with Angelina, who prefers to be called Angie. She was actually quite gracious and surprisingly humble given her star status. I especially realized that when this photograph signed by her showed up in my mail. Of course I’m not going to quit my day job to chase movie stardom, but at least I got to see myself on the big screen…and forever wonder how I didn’t end up on the cutting room floor!